Nina Harding is a dispute resolution expert having worked in this field in Australia and internationally since 1990. She is a law graduate, a Harvard Law School trained mediator and holds a Master of Laws.

Nina Harding has mediated thousands of business disputes.  She has also mediated numerous complex workplace disputes and large public or community disputes. Nina has taught mediation, conflict resolution, negotiation and complaint handling in Australia, New Zealand and Asia.  She has lectured at numerous universities in Australia and overseas at Hong Kong University.

Nina is a Nationally Accreditated Mediator in Australia and is a member of several mediation panels.

Her clients have included state, local and federal government, KPMG Peat Marwick, the Hong Kong International Arbitration Centre, US Aid, Hong Kong University, The Law Institute of Victoria, the ATO, to name just a few.  Nina is a recognised expert in complaint handling and has provided in-house workshops for  various organisations including CommSec, ABN AMRO, Westpac, NAB, The Energy and Water Ombudsman NSW, The Private Health Insurance Ombudsman to name only a few.

Nina is a member of numerous mediation panels including:

Nina has assisted numerous organisations to develop effective plans for the future, including: 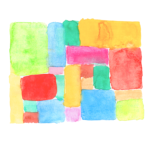